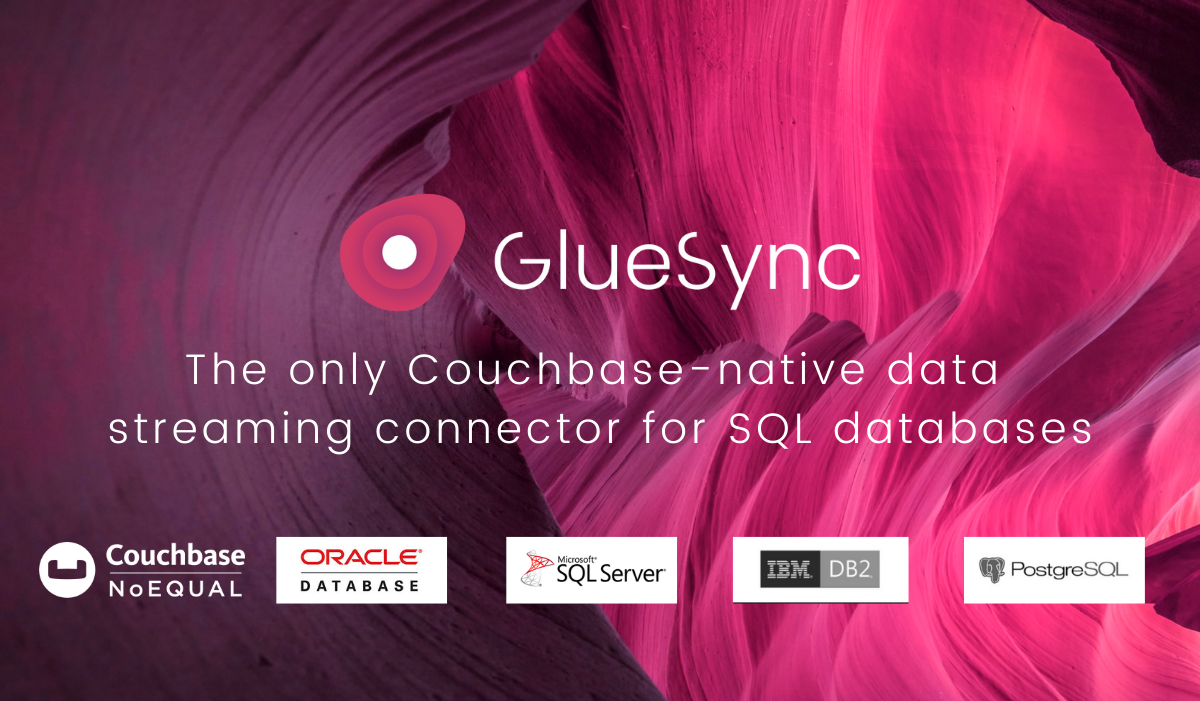 MOLO17, company leader in Couchbase NoSQL technologies in Italy, announces the General Availability (GA) of Oracle Database support for GlueSync, the only Couchbase-native data streaming connector for SQL databases, pushing the connector to a stable version 1.1.

With the announcement of this important milestone reached for GlueSync roadmap, MOLO17 confirms its vision on connecting the enterprise customers to the state of the art NoSQL data platform provided by Couchbase.

Oracle Database support starts from version 12c and later via native Oracle APIs, making this strongly supported and future-proof by the vendor.

Currently, AS/400 systems (IBM for the i-series), native compatibility and clustering for wider implementations and high availability scenarios are planned and under development.

Furtherly, on the same day we’re bringing to life the GlueSync official website with a new brand identity, based on minimal graphics inspired by natural evolution, the flow of water and the resonance it creates.

MOLO17 is the reference partner in Italy for Couchbase and has developed several projects using its technologies. Solutions capable of optimizing those projects have been used in sectors ranging from Healthcare with Zulu Medical, to Industry 4.0 with MobileBridge (the sister company of MOLO17), and finally to consumer products such as Leads Collector. MOLO17 Mobile Team developers have organized and participated in meetings, events and seminars in partnership with Couchbase professionals, expanding their theoretical know-how over time and perfecting it with their constant experience in the field.

Founded in 2015, MOLO17 is a software house that addresses companies and strategic partners who are undertaking to challenge technological projects as well as companies who are looking for a partner capable of providing innovative, effective and reliable software solutions.

MOLO17 is a company of The Harbor group that today welcomes 30 of the best talents in the industry.